Steve Markoff Sworn in as President of NCBA 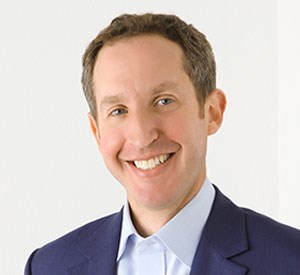 As NCBA is about to celebrate its 30th anniversary, we are excited to announce a first for our organization, a “second generation” President. Steve Markoff was sworn in as President of NCBA this week. Chip Stacy decided to end his term early for personal reasons. The NCBA Board thanks Chip for his years of service and looks forward to his continued support of the organization.

Steve is managing partner of Markoff Law LLC, a regional creditors’ rights and debt collection law firm with offices in Illinois, Kentucky, Ohio, Michigan, and Wisconsin. Steve lives in Deerfield, Illinois, a northern suburb of Chicago, with his wife and two boys ages 9 and 6. Steve’s practice is concentrated on the representation of creditors including financial institutions, online lenders, debt purchasers, finance companies, municipalities, medical providers, and businesses of all sizes. He is an author of multiple chapters in the Illinois Institute for Continuing Legal Education (IICLE) publication, Creditors Rights’ in Illinois. Steve was a co-recipient of the NCBA’s 2015 President's Award in recognition of his outstanding service to the Association. Steve is the former Treasurer and currently serves as Vice-Chair of the Deerfield Park Foundation and enjoys coaching his sons’ baseball and soccer teams.