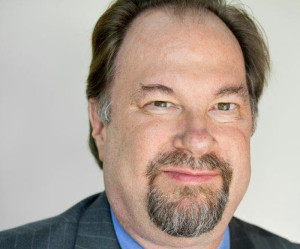 What happens when a debtor in an active chapter 13 case incurs debt post-petition and does not pay it? The answer requires a slog through multiple code sections and even then, the answer is murky.

So, what can a creditor do when a debtor in an active chapter 13 proceeding fails to pay a debt incurred post-petition? The safest course of action is to do nothing and wait for the case to be dismissed or discharged. Once the case is over, the creditor would be free to collect the post-petition debt.[8]  Since most chapter 13 cases are dismissed prior to completion of the plan,[9] odds are that the creditor will not have to wait for the full plan to complete. While this option is safe, it does not get the debt paid.

A second option is to contact the debtor and request payment. So long as the creditor makes explicit that it is attempting to collect a post-petition debt and does not take any affirmative steps to recover property from the debtor, this should be a safe course of action. While a cynical debtor’s lawyer might assert that the only property from which the debtor could pay the debt is property of the estate, this is not necessarily true. The debtor could pay the debt by liquidating exempt property or it could be a case where a plan has been confirmed and the property of the estate has revested in the debtor.

The creditor could also file suit against the debtor.[10] There are two problems with this strategy. The first is that debtor’s counsel mistakenly believes that the creditor is attempting to collect a pre-petition debt and requests sanctions. While the creditor should win, it will incur expenses. The other problem is that once the collection process is commenced, the creditor may take the next step of seizing property which would be a violation of the stay.[11]

The Bankruptcy Code provides one option for dealing with post-petition debts in chapter 13, but it is not a good one.  The Code allows a creditor to file a proof of claim for a consumer debt that arises after the date of the petition.[12] The problem to using this option is that the claim, if allowed, would be treated as a pre-petition claim and receive the same distribution as other pre-petition creditors. If the plan provides for a 5% distribution to unsecured creditors, it is better to wait to see if the debtor’s case is dismissed. The other problem is that a claim based on a consumer debt can be disallowed if the debtor could have obtained permission from the trustee but did not do so.[13] Since it is unlikely that the debtor requested permission to incur new debt, any claim filed would be subject to being denied.

In a serious case, the creditor might wish to file a motion to lift the automatic stay or even move to dismiss the bankruptcy case. A creditor could seek relief for “cause”[14] on the basis that the debt was incurred post-petition and the debtor did not disclose the bankruptcy (assuming that is true). The creditor could also file a motion to dismiss the bankruptcy on the basis that the debtor was incurring debt post-petition and then not paying it. Filing either of these motions with respect to a $1,000 debt would be cost prohibitive. However, there could be cases where it would make sense.

[10] Groner v. Miller (In re Miller), 262 B.R. 499 (9th Cir BAP 2001)(holding that creditor could seek sanctions against debtor for post-petition conduct in refusing to obey a subpoena but could not collect from estate property).