Michele R. Gagnon is an associate at the regional law firm of Lyons, Doughty & Veldhuis, in the Maryland office. She concentrates on Creditor’s Rights, Consumer Collections, and Compliance matters.

After law school Ms. Gagnon worked in a general practice law firm in Ohio from August 1993 until October 1995 and then as a Staff Attorney for the Civil Litigation Program of the National Victim Center in Arlington, Virginia until April of 1996. Ms. Gagnon joined the firm of Lyons, Doughty & Veldhuis in March of 2010. Prior to that Ms. Gagnon had been almost exclusively practicing in the field of collections since 1996 at the collection law firm of Peroutka & Peroutka. Ms. Gagnon is the Past-President of the Maryland/District of Columbia Creditor’s Bar Association and served three terms as a member of the Board of Directors for the National Creditors Bar Association (formerly NARCA, the National Creditors Bar Association), and one term as Treasurer of the NCBA. She is currently serving a new term on the Board of Directors for the Association. 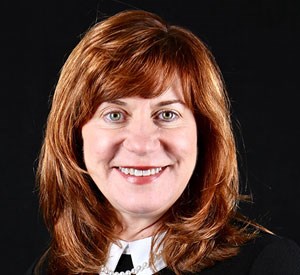